Civita di Bagnoregio lies in the middle of the Calanchi Valley, in the centre of the Italian Peninsula, in Latium. Built on a hill of tufa rock and connected to the mainland by a narrow footbridge, the village has been plagued by landslides, earthquakes, and erosion since humans first settled there nearly 4,000 years ago; every year, seven centimetres of land tumble into the ravine below and only seven people still call the place home. Although traditions help maintain a sense of self—especially the annual Good Friday Procession—this fragile condition has transformed the town into a touristic attraction and more than 1 million tourists walked the Civita bridge in 2019. This phenomenon has had a profound impact on the life of the town: the inhabitants are still living in a sense of precariousness between the solid past of a farming village and the unknown future of a collapsing ground.

* note: I became aware of the presence of a 7th inhabitant recently, as no other villager mentioned them during my time in Civita, but I will go back to the village soon to discover more. 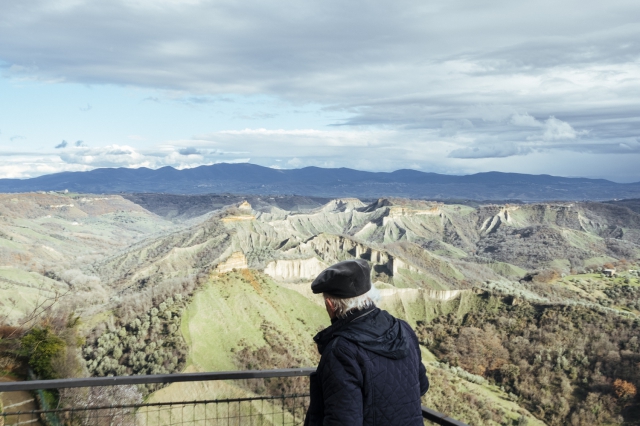 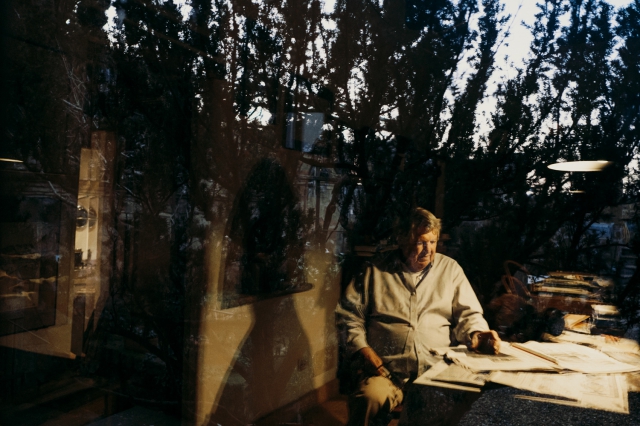 Camilla Ferrari (b. 1992) is an Italian photographer and videomaker based in Milan. Her work, which mixes stills and vertical moving images, focuses on the emotional and physical relationship between human beings and their surroundings while reflecting on perception and the poetry of everyday life. Her images and videos have been published in National Geographic, The New York Times, NPR, US News, 6Mois, D - La Repubblica and InsideOver, among others. In 2020 she was nominated for the Joop Swart Masterclass. In 2019 she was selected as one of PDN’s 30 New and Emerging Photographers to Watch, as well as featured by Artsy as one of “20 Rising Female Photojournalists”. While working on her personal projects and editorial assignments, Camilla has been collaborating with commercial clients on special commissions, such as Lamborghini, Apple, Sony Music and HP, among others.