THIS LAND IS MY LAND: IN THE SEARCH OF THE SUPER OLIVE TREE

For the past seven years in Apulia, Xylella Fastidiosa has caused Olive Quick Decline Syndrome, an insect-transmitted plant epidemic that rapidly kills trees. Climate change and have weakened natural resilience and now 22 million olive trees are at risk with the epidemic rapidly moving northwards and threatening the rest of Europe. Thousands of farmers have lost their life's work and the entire economy of a region based primarily on olive oil production is collapsing, with devastating repercussions on the landscape and the unique human and cultural heritage. Where once it was possible to enjoy expanses of olive trees as far as the eye could see, today all that remains is a barren and battered land with the skeletons of trees. The origin of the epidemic isn’t clear and, despite the efforts of the scientific community, a solution to stop it has not yet been found. Agronomists have, however, recently conducted a series of experiments with specially prepared shoots of Xylella-resistant wild olive trees being grafted onto more productive varieties. These "salvation shoots" are identified and hand-picked directly by farmers in fields that have been devastated by Xylella. The aim of the research is to create an immune “super-tree” while maintaining the uniqueness and characteristics of a local olive variety. The ultimate success of these tests should rule out the solution of a mass replanting of globalised olive trees, such as Leccino or FS17, which would lead to the cancellation of all local specificities and biodiversity. These are crucial factors for the sustainability of the olive oil sector in the near future. 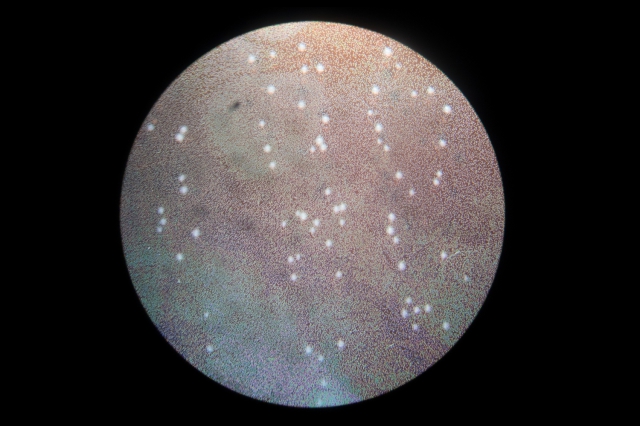 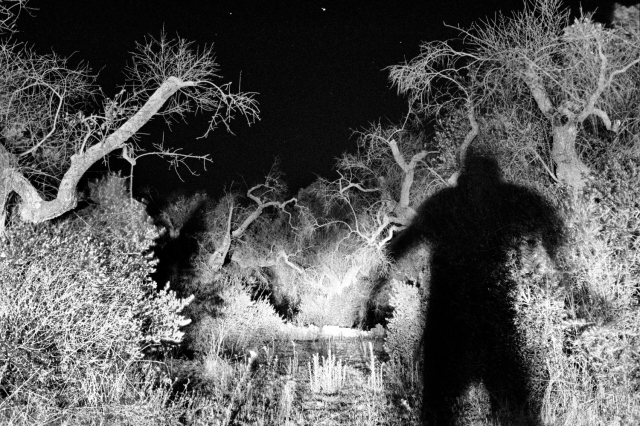 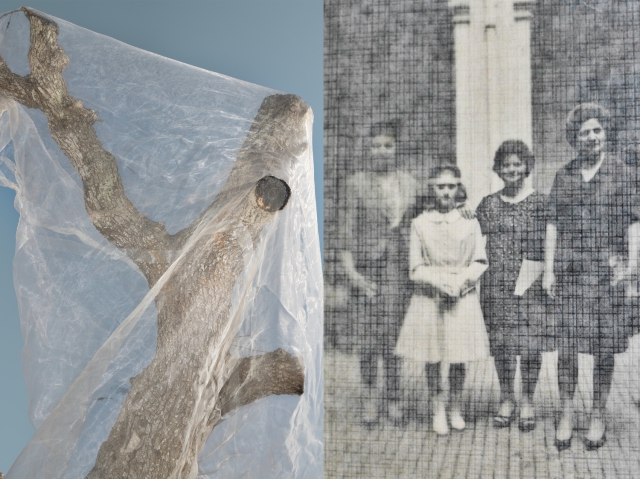 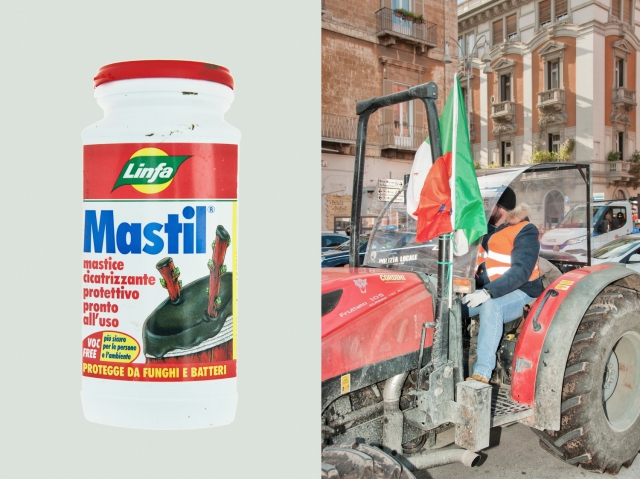 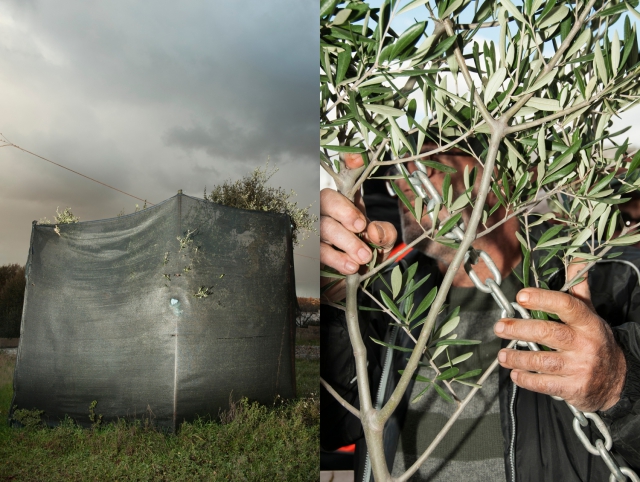 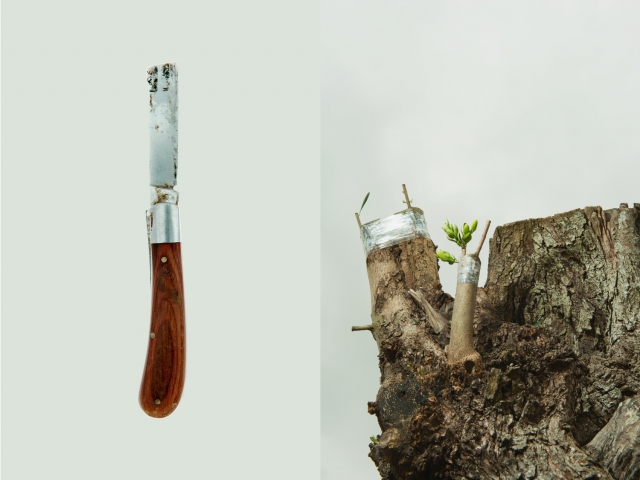 Jean-Marc Caimi was born in Paris in 1966 and Valentina Piccinni in Bari in 1982. They are a multi-award-winning photographic duo that focuses on documenting contemporary issues. They’ve regularly featured in major international magazines and they exhibit their work at festivals and galleries in Europe and Asia. Their long-term project “This land is my land” was published by the British publishing house Overlapse under the title Fastidiosa and is the most recent of their seven photographic books.