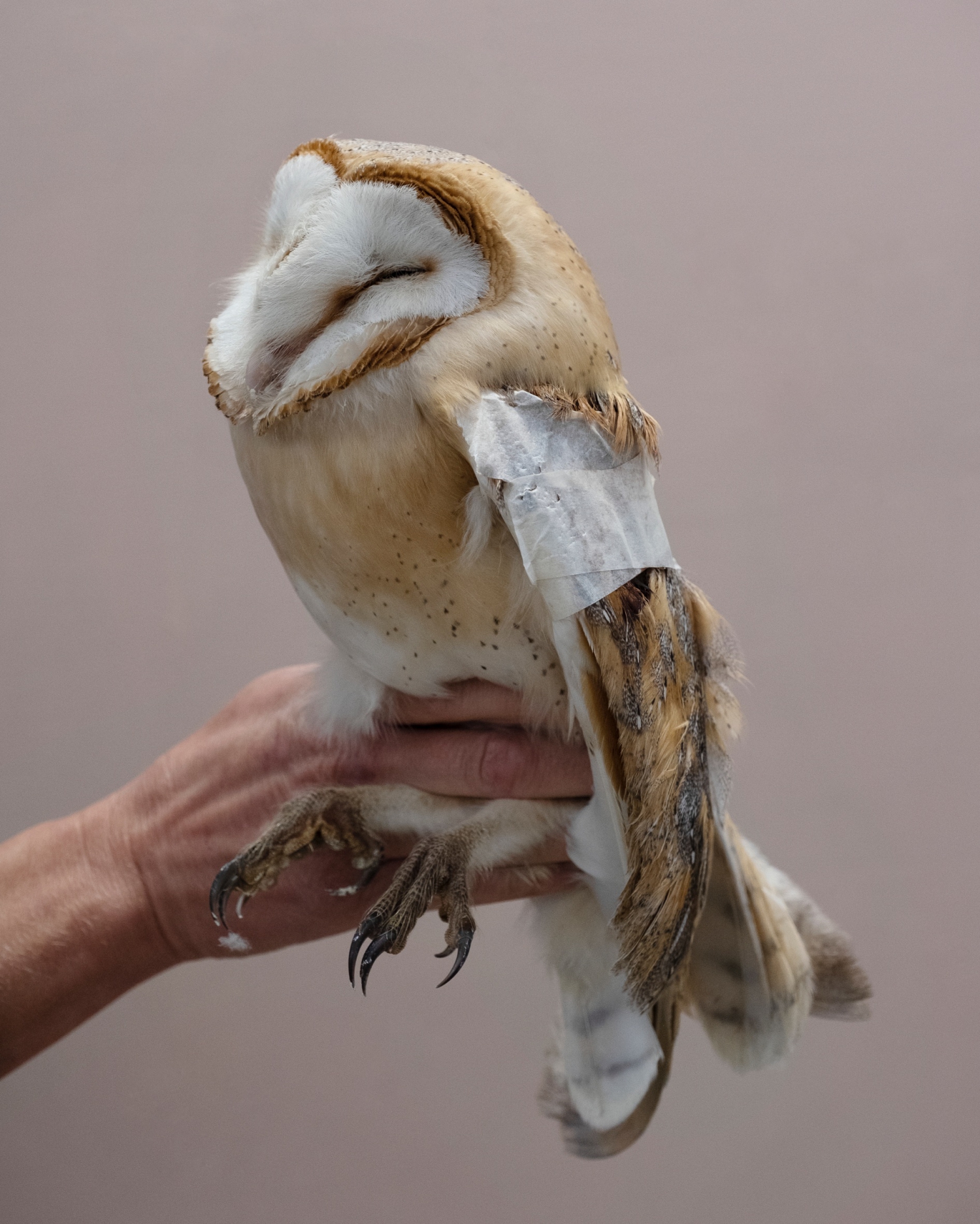 Rome. LIPU Wildlife Recovery Center of Rome - Barn owl undergoing treatment and rehabilitation at the center. LIPU has as main objectives the conservation of nature, the protection of wild animals and their habitats. Every year in the center of Rome, LIPU treats over 500 including hawks, owls, swallows, foxes, bats and other animals. The current rate of species extinction is estimated to be between 100 and 1000 times higher than the natural rate of extinction. Italy hosts about one third of the fauna present in Europe, with an estimated 60,000 species. The main factors threatening biodiversity are climate change, pollution, intensive agriculture, soil erosion, and desertification.

Born in Pesaro in 1985. She studied visual arts and photography and has been represented by the Contrasto agency since 2016. Her work, which has featured in Italian and international publications, focuses particularly on two main themes: informal space and the relationship between nature and Western culture. Through the Innovation in Development Reporting Grant programme, she chronicled the problem of maternal and infant mortality in sub-Saharan Africa. Since 2020, she has been investigating the biodiversity loss crisis that’s currently unfolding in Italy.