The adhesive silhouettes of two hawks that have been glued to anti-noise panels in order to prevent small birds from flying into them. This is along the Grande Raccordo Anulare (GRA), the “Great Ring Road”, the A90 motorway that surrounds the city of Rome. It consists of six lanes – three in each direction – and is 70 kilometres in length, with 33 exits, tunnels, bridges, interchanges, slip roads, and 150,000 vehicles driving along it every day. This photographic project looks at the relationship between this infrastructure, which plays a far more important role in the life of Rome’s inhabitants than the famous monuments in the city centre, and the landscape that it crosses, designs and creates. It is a glowing world, a Rome of the future, consisting of rubble with an energy that can be found in few other places.

Giulio Ielardi was born in Rome in 1965. He first fell in love with photography when he was at high school and proceeded to graduate in Natural Sciences at La Sapienza University. He considers photography to be one of the great “alphabets” for describing, interpreting and understanding the contemporary world. As a photographer and journalist, he is the author of some 30 books on parks, nature, the arts and tourism. This is in addition to educational exhibitions, public awareness campaigns, websites, institutional material for associations, regional authorities and government ministries. His work has won prizes and received other forms of recognition. He runs courses, workshops and photography trips both in Italy and abroad. During the 1990s he edited, together with Mario Fazio, the national magazine of the Italia Nostra association. His work has appeared in numerous publications, including Airone, L'Espresso, Avvenimenti and Il Sole 24 Ore. From 2013 to 2015 he was the editor of "Asferico", the magazine of the Italian association of nature photographers. He was one of the 14 Italian photographers who set up Genius loci, a nature and photography communication project. It operated through a daily blog that was active from 2014 to 2017. He has been producing professional photo features for magazines and publishing companies for over 30 years. 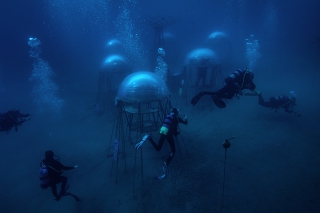 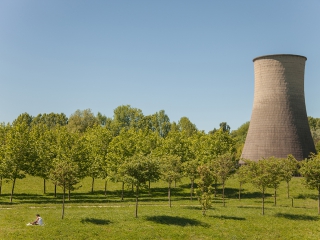