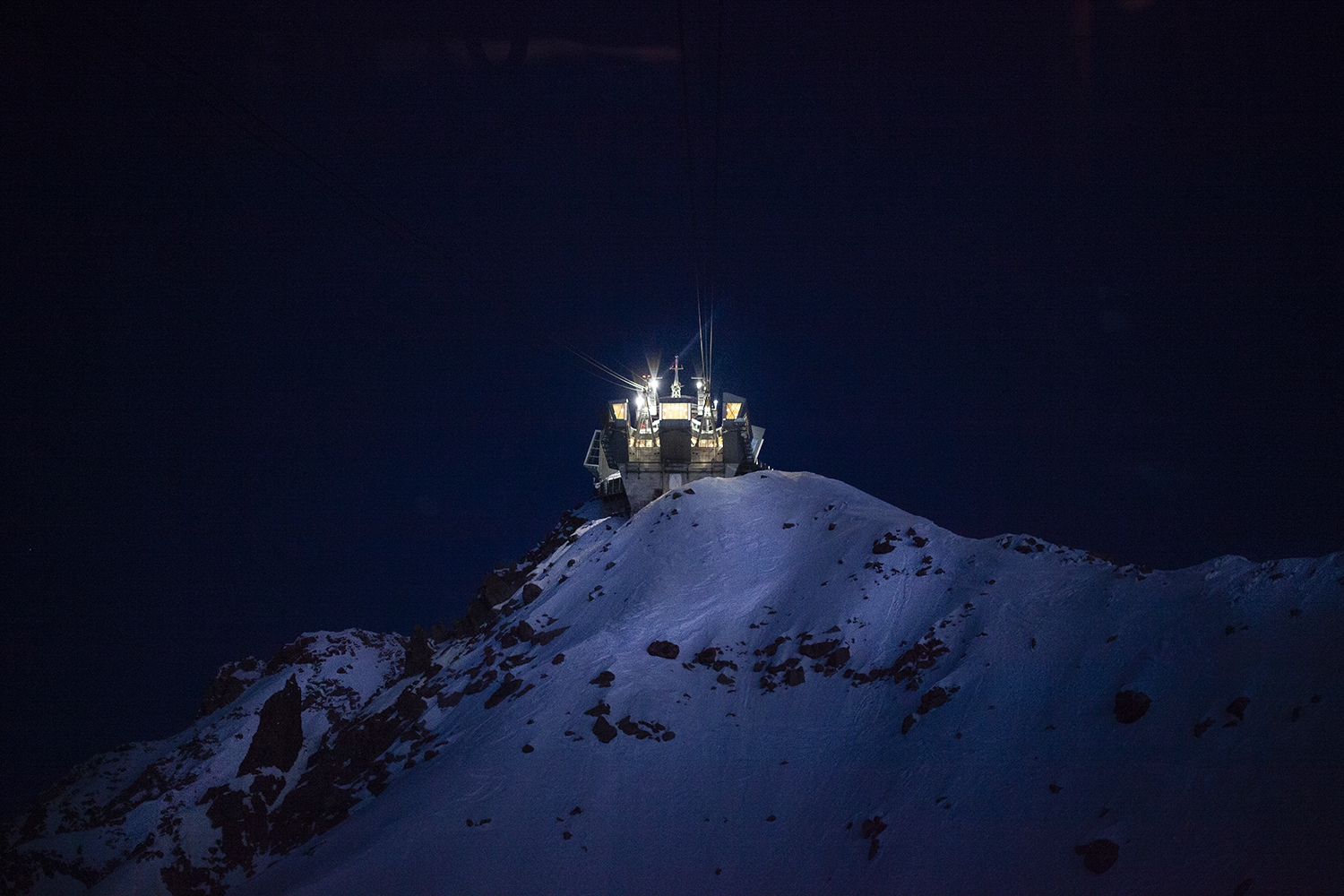 Some of the clearest and most visible signs of climate change, such as glacier retreat, are to be found in mountain areas. On Mont Blanc, the highest mountain in Europe (4810 mt), there have been facilities able to attract people from all over the world since the 1940s. Skyway, a project started in 2011, is the newest cable car created by the renovation of the first lift, which was inaugurated in 1947. From the beginning, the most important change from the previous facilities has been to open a dialogue between the Skyway and the mountain, with the promise of respecting the surrounding environment and preserving its heritage. Skyway was designed with the best technologies to minimize energy and water consumption, as well as waste production, in order to make it a zero-impact building. In 2018 Skyway started to publish a sustainability report to show its efforts to reach the Sustainable Development Goals instituted by the UN. Photo: Pointe Helbronner station, 3466 mt. The shape of the building is similar to a diamond rising from the rocks. An innovative design that integrates perfectly with the landscape and combines aesthetics with respect for the environment.

Vittoria Lorenzetti is an Italian freelance reportage photographer based in Novara. She started her career after graduating in Political Science and since then she has dedicated herself to photography. She works for various agencies and editorial clients and her photographs have been exhibited at Mia Photo Fair Emerging Talents (Milan), Paratissima Emerging talents (Turin), Galleria Farini (Bologna), and the Biennale della Fotografia (Milan). She collaborates with various organizations to create photos primarily focused on gender violence. In particular, in the last 3 years she has worked on a long-term project on sexual violence and rape in India called “Unsafe: Behind India's rape crisis”.