Lowepro believes in the power of images in raising awareness and educating the community about environmental engagement. Paola's photographs do this with extreme immediacy.

Sea turtles have become the iconic symbol of the world’s endangered species, with rapidly declining populations throughout the world, including in the Mediterranean. They might be considered as the gauge through which we understand the disruption caused by human pressure on the oceans: due to their hyper-sensitivity to climate change, to the resulting rise in sea temperatures, and to other human impacts such as plastic pollution, illegal fishing, poaching, and habitat degradation - both on the sea and on beach nesting sites. As a result of these issues, an estimated 150,000 die each year in the Mediterranean Sea alone. This photo project follows marine biologists working in Sardinia at CReS - Centro di Recupero del Sinis (Sinis Recovery Centre), which studies and aids sea turtles in the Mediterranean. To protect and conserve this species and the sea as a whole, the marine biologists work with the Oristano Zooprophylactic Institute, specialized veterinarians and the Regional Nature Conservation and Forestry Policy Service. 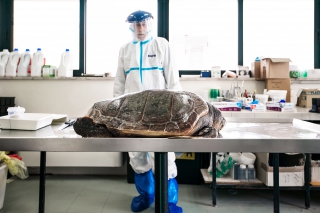 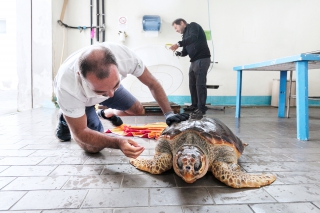 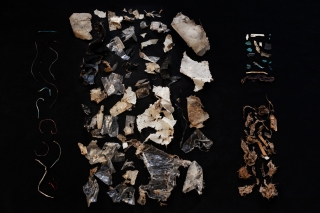 Born in Oristano in 1982. Obtained a degree in photography from Lancaster University, she has a Master's in Photojournalism from the Autonomous University of Barcelona. She also attended a series of other courses in Barcelona on documentary photography and graphic design at the CFD (Centro de Fotografia Documental). She works on personal projects covering social issues, civil and environmental rights and the interactions and conflicts that exist between humans and nature.